Power over Ethernet (PoE), is a technology for ethernet end devices that provides the ability to transmit and receive data, in addition to receiving power over the same cabling.  It defines Power Sourcing Equipment (PSE) which usually takes the form of an Ethernet Switch, and Powered Devices (PD) which are the end devices in need of power and vary greatly depending on their intended application.  PoE has greatly simplified the design and installation of these applications

Over the past 20 years, PoE technologies have continued to evolve to meet new market needs and applications by offering more power. This evolution has been realized through both standardized and proprietary implementations.  IEEE 802.3 defines Ethernet standards, and therefore is the source of the standardized PoE technologies.

In contrast, many proprietary versions of PoE were introduced between the three IEEE 802.3 PoE projects over this 20 year span to satisfy market demand for more power on a faster timeline than typically afforded through standards development timelines.  In some cases, the proprietary versions were based off of existing 802.3 PoE standards.

The variation in PoE implementations throughout history has not come without some interoperability issues.  The term PoE has been used by many different manufacturers not only to refer to IEEE Standard PoE, but also to refer to technologies which are not always interoperable. This is especially apparent on the marketing and packaging of products using the term PoE.  Even among products designed to be compatible with the IEEE standard, some do not necessarily conform with all the requirements of the standard, and, as a result, present interoperability issues.  There is ample anecdotal evidence from end users who purchase these products claiming to support standardized PoE.  In a recent survey, 72% of designers, installers, and network owners reported interoperability issues, and 29% reported significant problems.  Often in these cases the end user discovers that the PD does not receive enough power, or worse, does not power up altogether.

In the Fall of 2017, the Ethernet Alliance PoE Certification Program was launched to address these interoperability issues. Its initial focus was on IEEE 802.3af and IEEE 802.3at products which define Type 1 and 2 PSEs and PDs for power classes 1-4 providing up to 25.5 Watts at the PD.  This first generation (Gen 1) Certification Program aimed to eliminate confusion and interoperability concerns for end users by providing a rigorous test plan based on IEEE 802.3 PoE specifications. EA Certified products that successfully pass the test plan will be listed on the Certified Product Registry and are approved to utilize the EA Certified logos on PoE products along with related documentation.

Use of the EA Certified logos simplifies identification of PoE products designed to the IEEE 802.3 PoE standards and increases user confidence that PoE products will interoperate together from multiple manufactures. 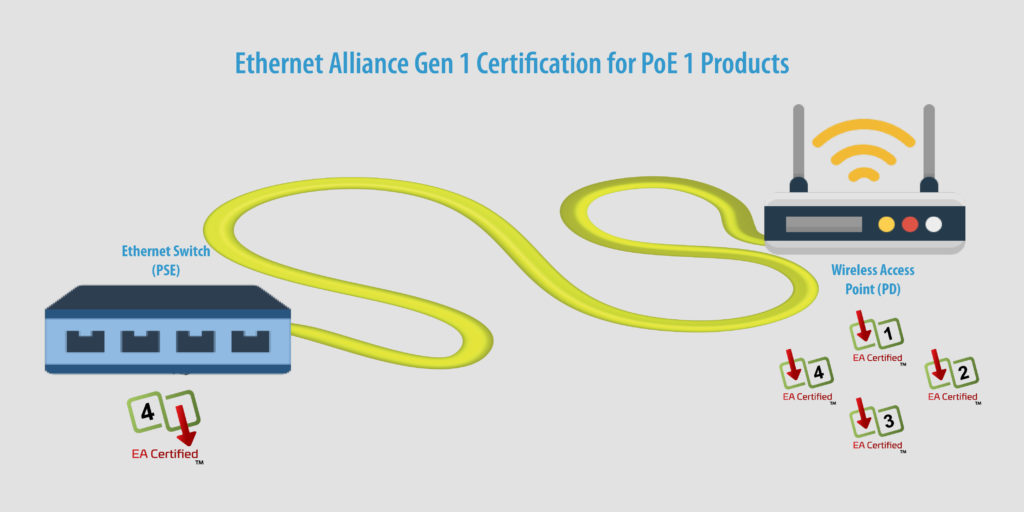 Over the past two years since the launch of the ‘Gen 1’ EA PoE Certification Program, a dedicated group of Ethernet Alliance members collaborated on defining the test plan for a second generation of Certification.  The Gen 2 EA PoE Certification Program fulfills the same purpose as Gen 1, but focuses on IEEE 802.3bt products which define Type 3 and 4 PSEs and PDs for power classes 1-8 utilizing all 4 pairs in Category cabling provding up to 71.3 Watts at the PD for new higher power applications. New EA Certified 2.0 logos are used to clearly identify Gen 2 class 1-8 products from previous Gen 1 class 1-4 products. 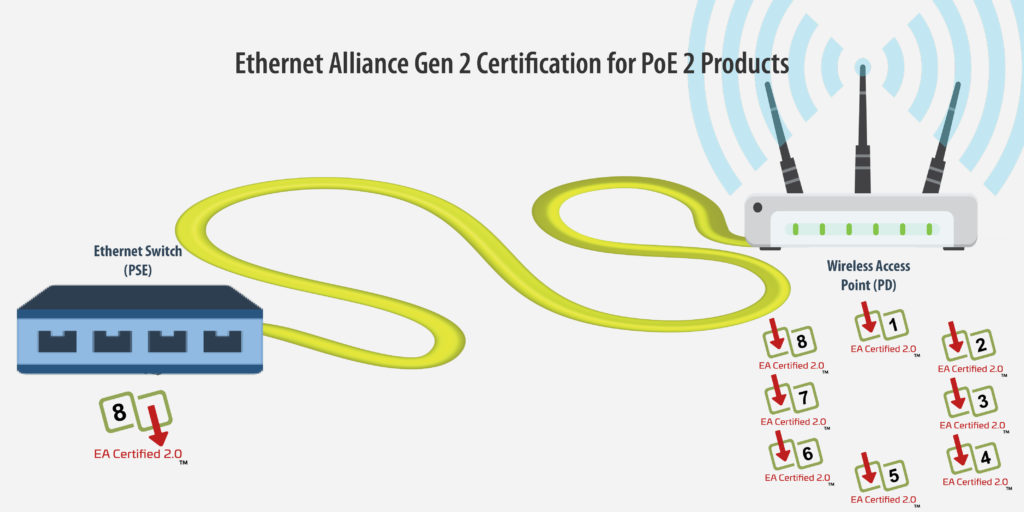 In the same survey noted above, 72% of respondents expected certified products to be operate vastly or noticeably better than non-certified products, and 95% percent said that a product’s certification would influence their buying decision. There is a clear need for this certification program, and the Ethernet Alliance is ensuring more confidence for PoE users and improved future for PoE.  For more information on how on the program and how to get your PoE product certified please see the links below. 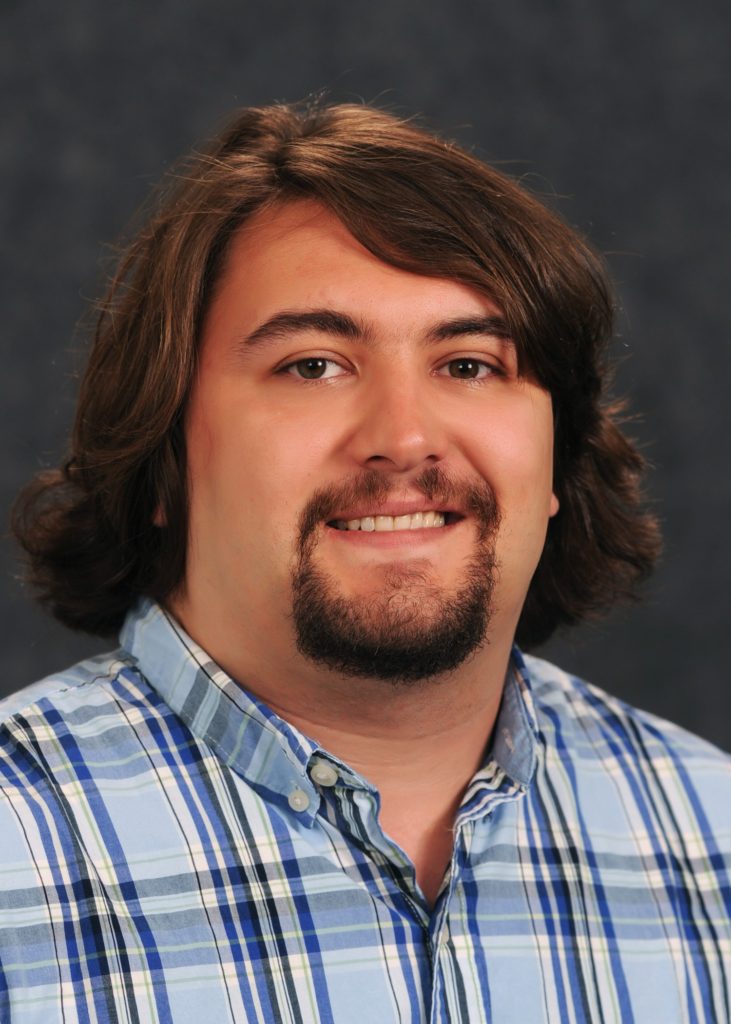 Craig Chabot is the Manager of the Wireless and Power over Ethernet (PoE) Testing Services Groups at the University of New Hampshire InterOperability Laboratory (UNH-IOL). As and undergrad at UNH, Craig began work at the UNH-IOL in 2008 in the Wireless Group where he gained knowledge in computer networking, testing methodologies and the IEEE 802.11 standard.

After obtaining his Bachelors of Science in Mathematics in 2011, Craig continued work in the Wireless Group furthering his understanding of 802.11 in addition to developing new testing services for the group. In the fall of 2013, Craig took on his new role leading the Wireless Testing Services.

In 2015, Craig joined the Broadband Industry at the UNH-IOL to assist with operations and began managing the PoE group. Craig regularly attends IEEE 802.3 meetings and has contributed as PICS editor to 802.3bu and 802.3bt working groups.