On the Go with Ethernet

Ethernet’s roots in the enterprise space are undeniable.  The development of 1000BASE-T is considered by many to be the most successful Ethernet project ever.   Nonetheless, Ethernet’s expansion into new application spaces is perhaps one of its most exciting attributes.  For example, over the past 10 years, the hyper scale data center space has repeatedly been cited as a primary market example for the development of one Ethernet project or another.  From server to network interconnect to data center interconnect (DCI), the needs of the data center community draw the attention of the Ethernet community.  This should surprise no one – given that, according to LightCounting, the 6 largest cloud companies spent US$21 billion in Q1 2018, compared to $10 billion in Q1 2017.

One of the new opportunities for Ethernet is mobile networks, in particular mobile backhaul.  The mobile network bandwidth forecast by the ITU-R in 2015 highlights an exponential growth where traffic will grow nearly two orders of magnitude in the next decade.  Is it any wonder that operators, especially those in China who will be dealing with nearly 25% of mobile network traffic,  are looking to Ethernet to help them in the coming 5G buildout to support this bandwidth growth? 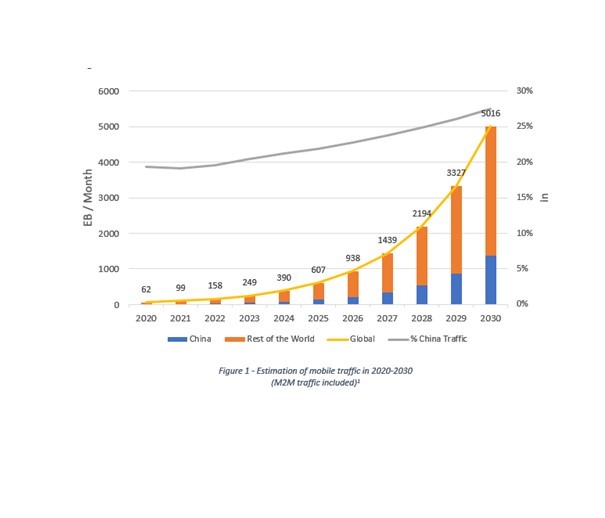 For the first time ever, the Ethernet Alliance will be bringing one of its multi-vendor interoperability demonstrations to ECOC 2018.  These showcases feature multiple switch, optics, interconnect, and test equipment vendors, coming together and demonstrating the inherent robustness and interoperability of Ethernet technologies and products.  This year’s ECOC demo will feature 50 GbE, 100 GbE, and 400 GbE using DAC, active optics cables, and both MMF and SMF technologies in CFP8, QSFP, QSFP-DD, and OSFP form factors, as well as emphasize the growing maturity of 50 Gb/s PAM4 electrical and optical technologies that will be capable of supporting reaches up to 40 km.

Through such demonstrations, as well as on-going multi-vendor interoperability testing by the Ethernet Alliance, the mobile network community will be able to have confidence in the full suite of Ethernet solutions capable of supporting its coming growth.