I’m excited and honored to be chosen to chair the Single Pair Ethernet (SPE) subcommittee for the Ethernet Alliance. SPE has been a consuming passion for me since its inception almost 5 years ago. Why? Because SPE is the coolest thing to happen to Ethernet since, well, Ethernet itself.

SPE is targeted at, and is most beneficial in, Operations Technology (OT) networks. OT networks control a manufacturing process or provide occupant comfort and safety in a building. Historically OT networks have been siloed from IT networks. Best case, key information from the OT network is captured using translation gateways and then transported to the IT network. With the advent of SPE the entire OT network can be Ethernet and in doing so manifold benefits are available to the business.

As a seasoned controls guy, Single Pair Ethernet checks a lot of the boxes on my wish list.

SPE adds value instantly by allowing OT to become an integral part of single-protocol, seamless network for the enterprise. OT networks rely on built-for-purpose protocols that like me are old, slow and crabby. While those are endearing qualities for an experienced engineer, they’re barriers to the effective management of a business. Seriously, these outdated network protocols are a business continuity threat. While functional and doing their job daily, these old, slow and crabby protocols are best understood by folks old enough to retire. Here’s that “aging workforce skills gap” looking us dead in the eyes.

Legacy protocols also rely on a form of cybersecurity known as “security through obscurity.” That’s not really a cybersecurity technique by the way. It’s really that the industry has assumed that data like sensor outputs aren’t prime cybercrime targets and the legacy protocols are kind of arcane … so who cares? Cybercrime is big business and no, the criminals don’t care about sensor data. However, they’ve realized that these older protocols are an easy entre that allows them to gain access to higher levels of the network. There have been significant cybersecurity breaches where the network was penetrated through the OT network.

Single Pair Ethernet media is a pair of conductors.  To reach 1000 meters, the media is typically 18 AWG conductors, twisted and covered with a shield that is terminated with high performance connectors on each end.  Such links are well suited not only to the 1000-meter links, but also to OT networks.  But SPE is not a ‘one trick pony” in that it is also highly capable in intra-system-applications such as backplane communications in IT gear.  In those applications, the same pair of conductors might be 24 AWG copper, or even backplane connectors. Also, there’s more than a passing similarity to media that’s used today for the legacy protocols. Given a clean bill of health for the cable and its electrical parameters are appropriate, there’s even a possibility of reusing existing cable when migrating from legacy protocols. The guardian of that decision is obviously our friends in the test instrument world but its certainly looks like its feasible.

In closing, Single Pair Ethernet is mostly a business development task, educating the industry about what is possible. Unlike high speed networking applications where customers actively seek “faster,” the conversation around SPE takes the form of a brief explanation followed by “Wow, you’re kidding?” Ethernet Alliance is extremely adept at explaining the possible and delivering the value propositions that motivate us to act on the possible. Its going to be a fun ride. 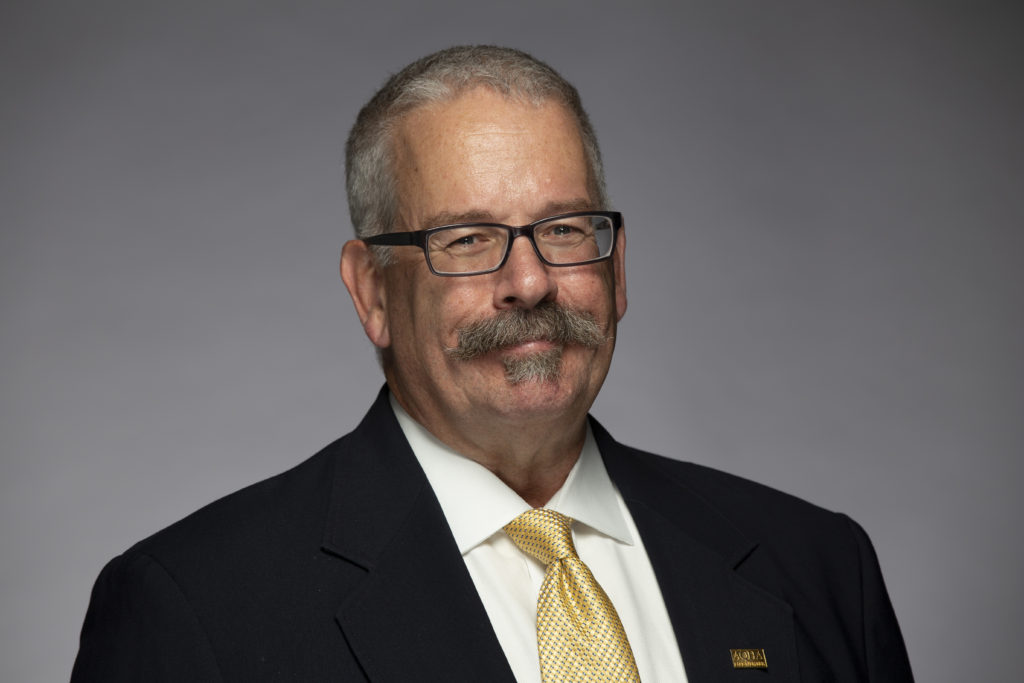 Bob Voss is Senior Principal Engineer, Panduit Corporate Research and Development, located at the Jack E. Caveney Innovation Center. His practice areas are Industrial Automation, Building Automation and the Internet of Things, and domain expertise including 4 decades of control engineering and industrial network architectures. In addition, Bob is one of the design contributors to Panduit’s LEED Gold World Headquarters automation design. His Panduit responsibilities include technology leadership for strategic alliances and partnerships, futurist activities for Industrial Automation, and executive support research.  He represents Panduit before several standards development organizations including, IEEE 802.3, TIA TR42/TR60, IEC and NEMA, and chairs the ODVA EtherNet/IP Physical Layer SIG, an engineering subcommittee within ODVA tasked with specifying the ideal physical layer for EtherNet/IP.  Bob also the chairs  the Ethernet Alliance SPE subcommittee, and is a contributing member of the Converged Plant wide Ethernet architecture team.