The year was 1999.  I joined Intel after spending my first 5 years out of college working for a corporate reseller of computer, software, and networking systems and where I had a court-side seat to the 100BASE-TX vs. 16/4 Token Ring battle in the corporate world.  As part of Intel’s Ethernet Products Division, I was able to go much deeper in the technology that I could have ever imaged.

While part of Intel’s Ethernet Technical Marketing Engineer team, I got firsthand experience of a true cross-industry plugfest for PCMCIA devices. (Remember the pre-USB laptop add-in card form factor ‘People Can’t Memorize Computer Industry Acronyms”?)  It was fun spending days running between hotel suites testing Intel Ethernet PCMCIA cards against various CardBus Controller deployments especially since we were able highlight a few pre-launch bugs to fix before going to market.  In these early years I remember going to a third-party test lab to prove out an industry first 970+ Mbps Ethernet adapter performance benchmark – yes, it took an 8-way Intel® Xeon® system to do it!

During these early years, I had the privilege of mentoring under the Ethernet Technical Marketing lead Willem Wery, who at the time was very active with the Gigabit Ethernet Alliance (GEA).  What amazed me about the GEA was how competitors and fellow industry travelers alike had set aside their own company interests to collectively band together in a cohesive and cooperative effort to make Ethernet successful.  The power of what was accomplished as a group helped to make Ethernet as ubiquitous as it is today.

These days we see Ethernet branching out beyond traditional use cases.  Ethernet as a technology still has an opportunity to grow, not just in speed advances but also in new markets and with new capabilities.  Since 2015, Industrial markets have transitioned from predominantly Fieldbus for deterministic use cases to off-the-shelf Ethernet controllers to gain that determinism.  More recently, we see Automotive vendors planning not only to deploy existing Ethernet technologies but also contributing to IEEE standards to influence future specs to include Automotive use cases, such as 10BASE-T1S.

This is why I am excited to be part of the Ethernet Alliance.  I look forward to being part of the team that expands the Ethernet ecosystem into existing deployments, working to create new standards through the IEEE, and continuing to promote Ethernet into emerging markets.  There are very exciting times ahead! 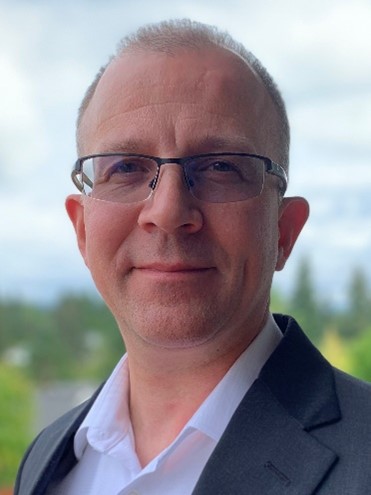 Carl Wilson serves on the Ethernet Alliance Board of Directors and is an Ethernet Silicon and Technology Planner for Intel’s Ethernet Products Group.  With Intel since 1999, Carl has held a variety of marketing and product planning roles covering Ethernet, encryption technologies, Xeon processors, and Thunderbolt.  His first marketing activities for Intel began in 1999 with Intel’s 100BASE-TX CardBus Mobile adapters and first 1000BASE-T adapters.  He has been part of Intel’s Ethernet marketing team through most of the Ethernet transitions over the last two decades, including: 1000BASE-T, PCI-X 10 Gigabit, PCI-X and PCI Express 10GBASE-T, 802.3bz (NBASE-T), 25GbE, RDMA, 40GbE, and 100GbE (and beyond!)